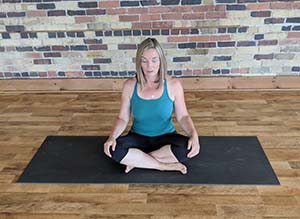 Cynthia grew up in the small town of Milton, Ontario. Always active as a child, she participated in many sports activities offered by her schools. It was is a natural progression to continue physical activities as an adult.

Cynthia began practicing yoga in 1985 in a clear cut.

She attended Queen’s University and the University of British Columbia. To support her education and her love of nature, she planted trees each summer. Cynthia graduated with a B.A. in Theatre Arts.

After returning from attending the American Academy of Dramatic Arts in LA, she focused her attention on both acting and yoga. This combination allowed an authentic engagement with herself and those around her.

In 1997, Cynthia began teaching in the greater Toronto area, teaching in public schools, hospitals, private and public gyms, as well as leading retreats on Ward’s Island and in Northern Ontario.

In 2000, Cynthia studied under the tutelage of Ashtanga guru, Sri K. Pattabhi Jois in New York City and Boulder, Colorado. That same year she completed an Ashtanga Teacher Training with David Swenson. As well, Cynthia studied extensively with Toronto teacher Esther Myers. She is blessed to have studied with many of the other senior Ashtanga Yoga teachers in North America. 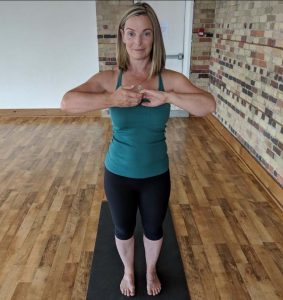 Cynthia brings love, light and the insights of many teachers to her classes. Her passion for yoga inspires and motivates her students to reach their goals, whether it be inner peace, body awareness or building self-confidence.

She has taught hundreds of people to become exemplary yoga teachers who teach around the globe. With her continued exploration of yoga, she created the Advanced 300 Hour Yoga Therapeutics Teacher Training. As well she is the Co-Founder of HypnoZen Yoga.